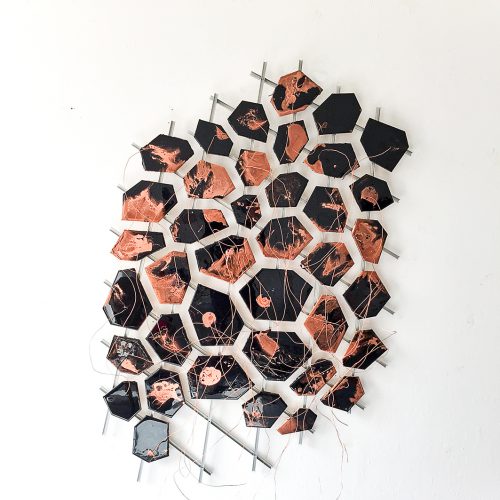 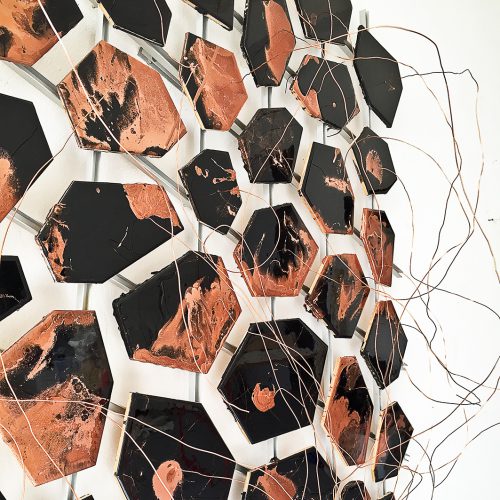 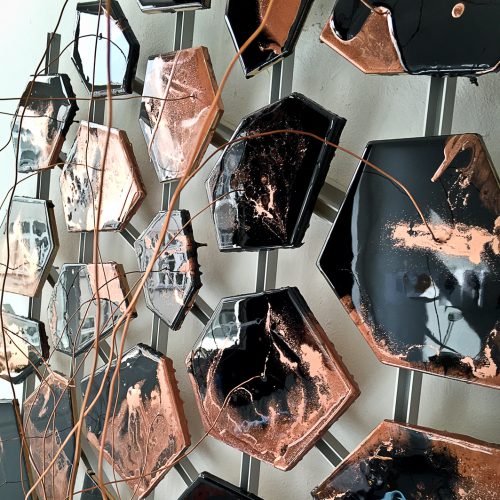 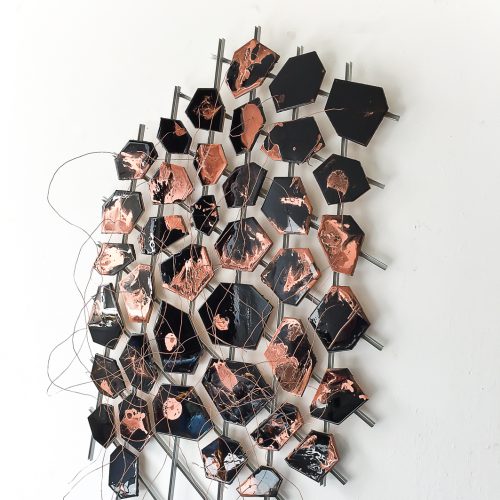 Welt am Draht: some additional material 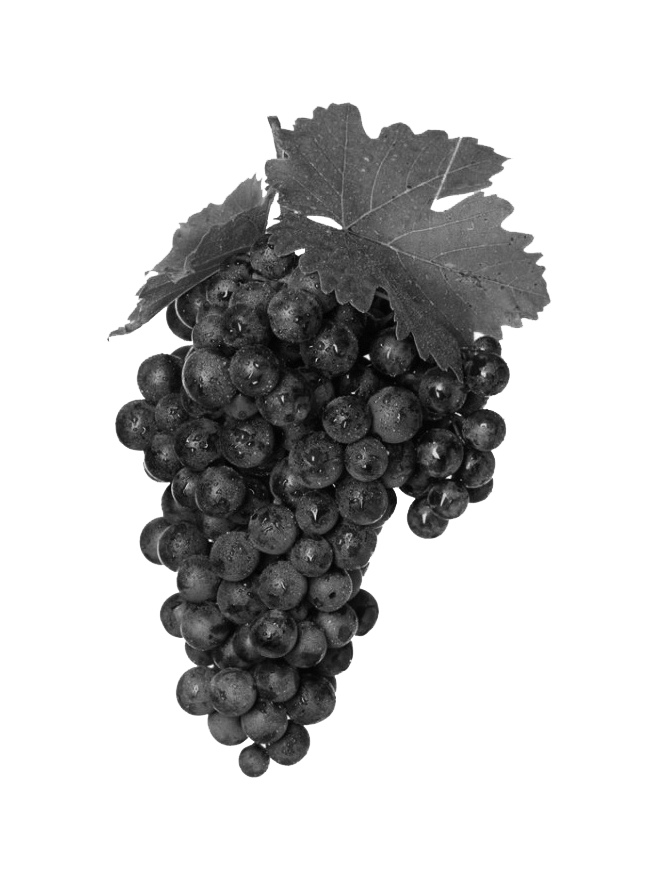 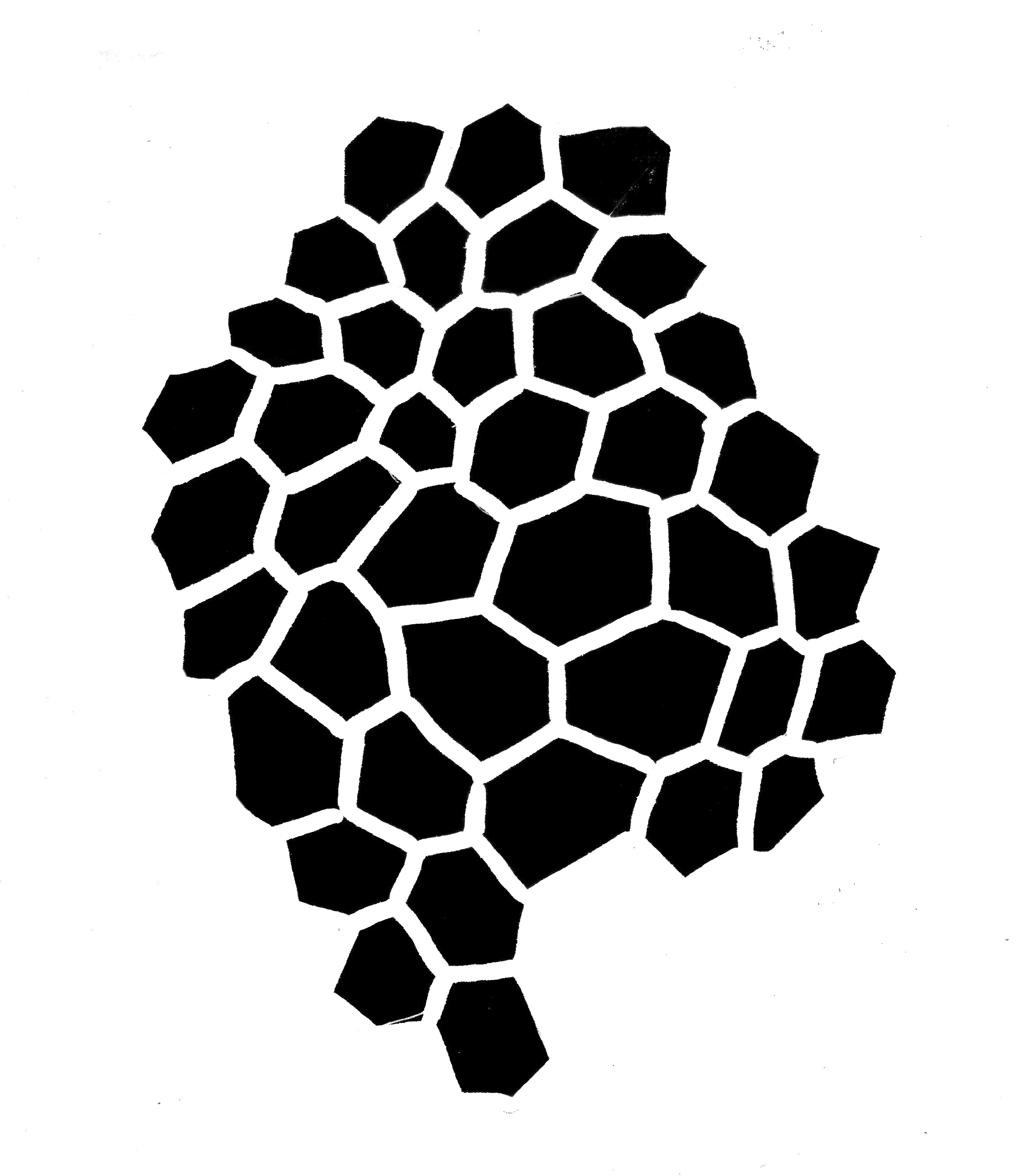 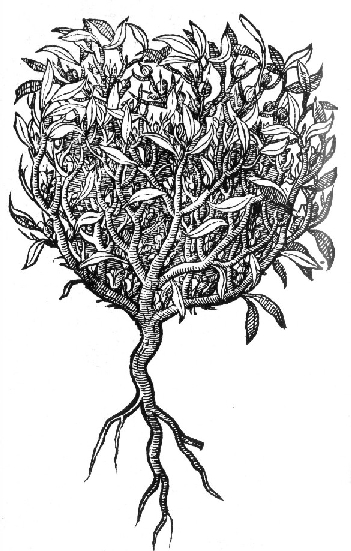 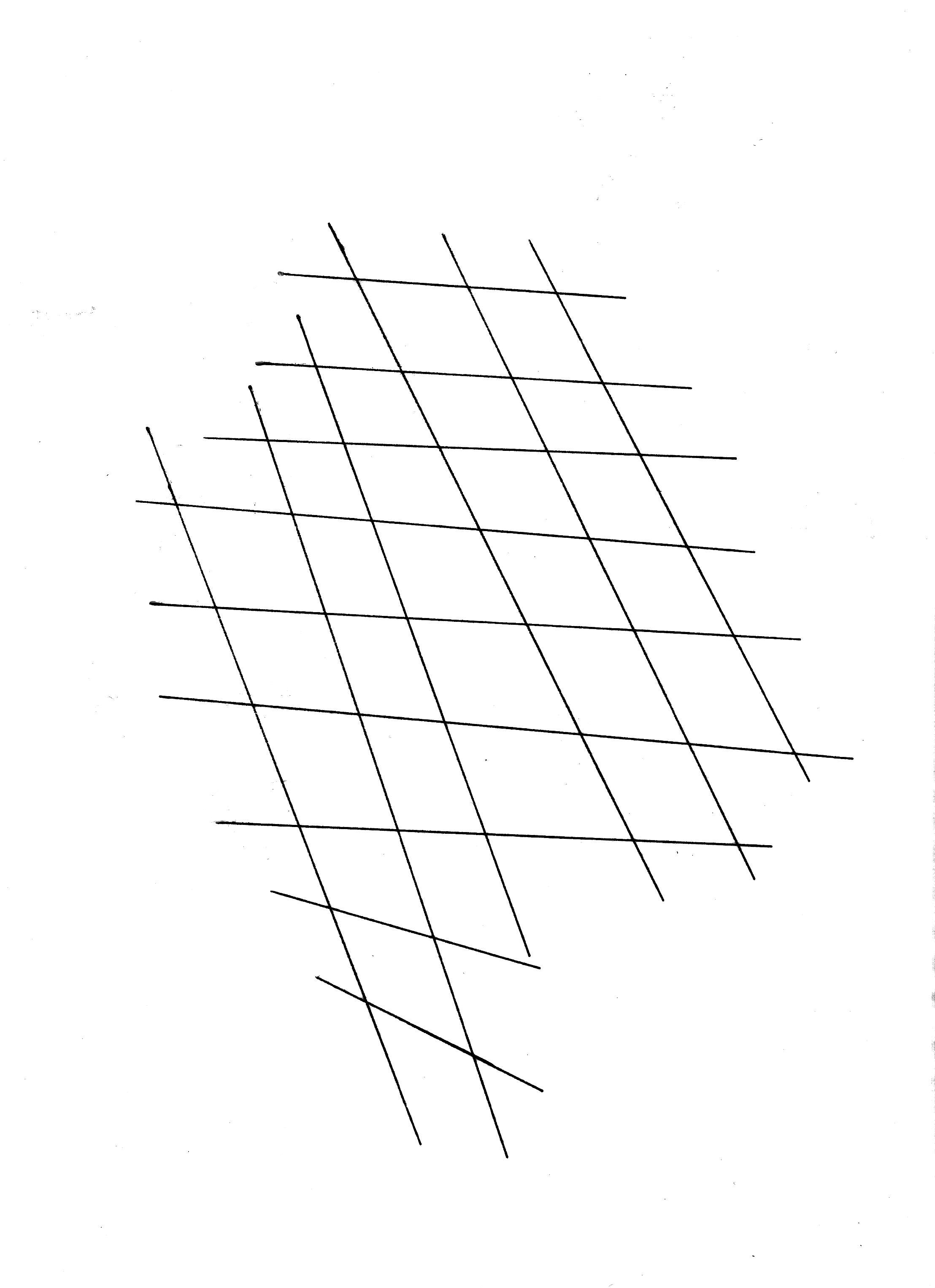 Welt am Draht emerged as a work of different influences on which i worked during a time of nearly two years. It consists of thirty-nine hexagons. Equilateral hexagons are often used in the context of christian and jewish religion. The territory of the State of Israel was divided into regularly sized hexagons before the settlement started.  The external appearance of the work could be seen as a geographical map, which remembers a bunch of grapes or also the Rose of Jericho.  The title was inspired by Rainer Werner Fassbinder’s film Welt am Draht (1973). In general the work refers to the interferences of ideal and utopian ideas, their failure, the status of geopolitical orders and construction spaces, but also to lost connections – despite a worldwide increasing amount of people connected through the net.